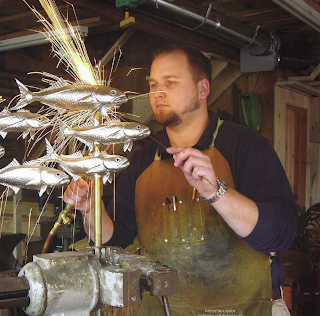 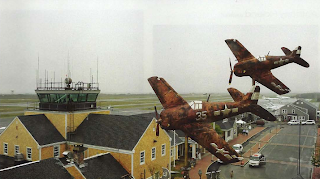 Travis Tuck made a weathervane for the movie Jaws, back in the day. It was stolen from the set and he had to make another. Stephen Spielberg became a fan and added one to his personal collection years later. Then Anthony Holland came to Martha's Vineyard and became Travis's apprentice and together they created some of the most famous weathervanes in the country. The Fall issue of Martha's Vineyard Style magazine has done a spectacular article about Tony Holland's work. Get yourself a copy. It'll be a great read and the pages of photos are stunning.
Posted by Beverly Kaye at 1:49 PM