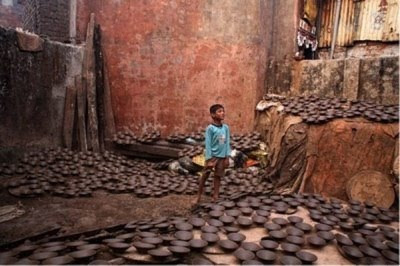 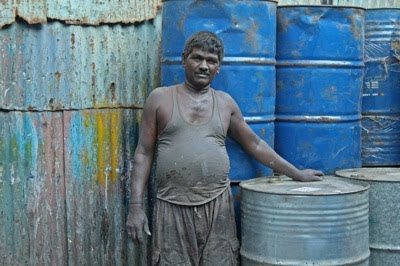 Dharavi... Asia's largest "slum" is known around the world as a place of extreme poverty with 600,000 people living within a square mile... a place so harsh on the eyes from the outside that its been marginalized, alienated and written off from society. It's slated to be destroyed and replaced with high-rise towers, and supposedly nothing is to be lost. These notions couldn't be further from the truth.
In November of 2010 Brooklyn-based painter/urbanist Alex White Mazzarella and videographer Casey Nolan will install themselves in Dharavi to immerse themselves in a bustling industrious economy and deep community to excavate another truth. Paintings, video, photography, and journalism created during the project's three month life will tell a story of a complex society of migrants that has lifted itself out of poverty by coming together through embracing entrepreneurship, collaboration and community. This is a Dharavi from which even the world's most cultured cities, and wealthy communities can learn from as there is nothing hiding the mechanics of the humanity here. Artistic initiatives with the community, productions and exhibitions in Mumbai, New York City, Portland and Boston, will recreate the experience of Dharavi to viewers by engaging their senses, hearts and minds.
The artists will be giving classes (photography and mixed media painting) to the Dharavi children working in the recycling industry through a partnering with ACORN's Dharavi project. Learn more about the project by visiting www.lamazza.com/artefacting-mumbai/ and follow the project on facebook by visiting www.facebook.com/pages/Artefacting-Mumbai/111968478853657?ref=ts.
Posted by Beverly Kaye at 10:35 AM