Greg Giegucz: From Potter to Printmaker 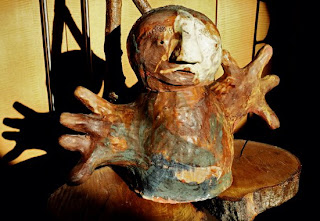 The following is the information directly from the site of an artist and friend I met at @ Martha's Vineyard many years ago. He has moved from the medium of clay to printmaking with the same great success.
"A native of New York, Greg Giegucz is a multimedia artist who resides and works out of New Orleans. After earning an MFA from the Memphis College of Art in August 2006, Giegucz relocated to New Orleans to draw from its devastated landscape, still recovering in the wake of Hurricane Katrina. Fascinated with imagery that combines cities with living organisms, Giegucz joined New Orleans’s rapidly evolving community to study
displacement. 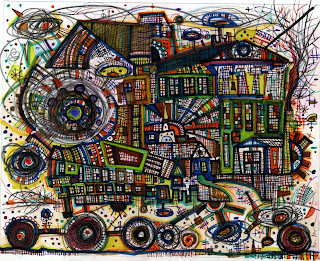 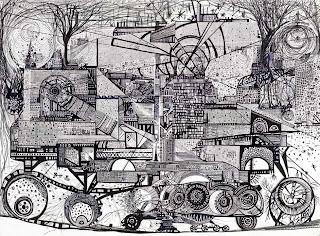 Giegucz describes his work as a personal journal of illustrated characters and symbols, evoked from memory and intuition. His art narrates Everyman’s quiet struggle to reconcile his respective place in an unbalanced and fragmented world of human discourse.
For more information, and to read about numerous prestigious awards, please visit www.giegucz.com 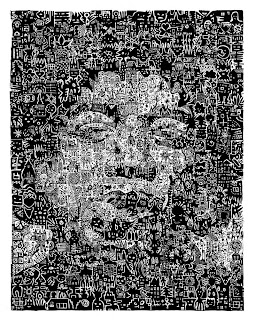